It’s officially spring, and I know that because rhubarb is in the farmer’s markets!

I love rhubarb. Not just for its tartness, but also because it tends to be one of the first things that’s harvested every year. Soon, it’ll be asparagus, then garlic scapes, then… everything else!

We grew rhubarb in our backyard when I was a kid growing up. I clearly remember my mom handing me a stalk of rhubarb and a bowl of sugar for dessert.

I’m not saying it wasn’t good that way, but my palate may have refined a little since then.

Rhubarb really has no better partner than strawberries. For may folks, it’s all about the pie or the crumble, and that’s cool. I won’t judge. But I wanted to do something different, so I thought I’d try to make an ice cream.

This is a technique I used last year with peaches, and it had such great results, I decided to try it again. It uses aquafaba to make it creamy, with excellent results.

Many vegan ice cream bases use coconut, which is delicious, but it doesn’t pair well with everything. This works really well, and the consistency is spot-on. 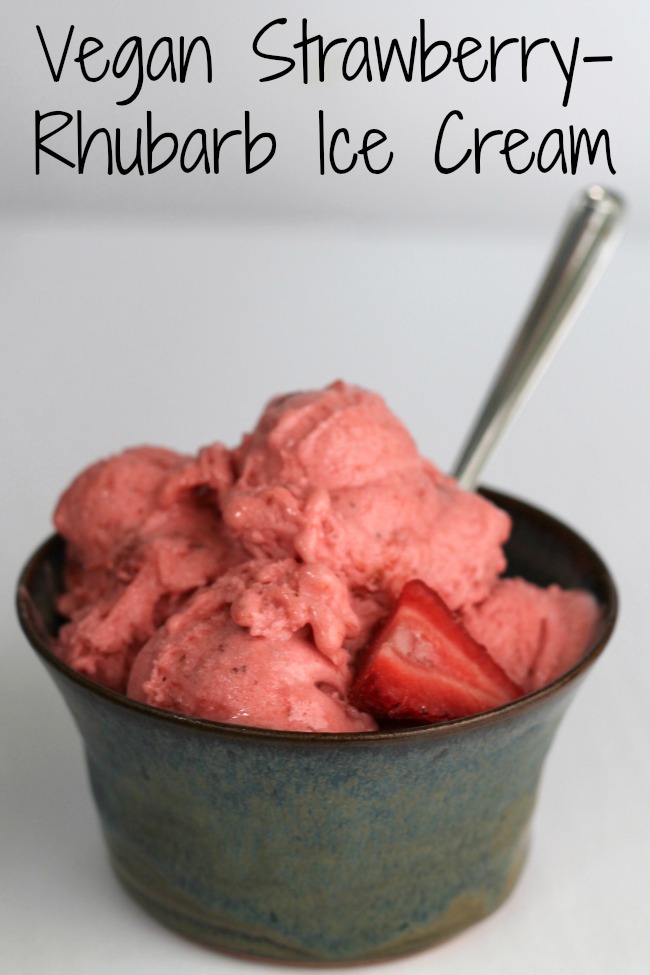