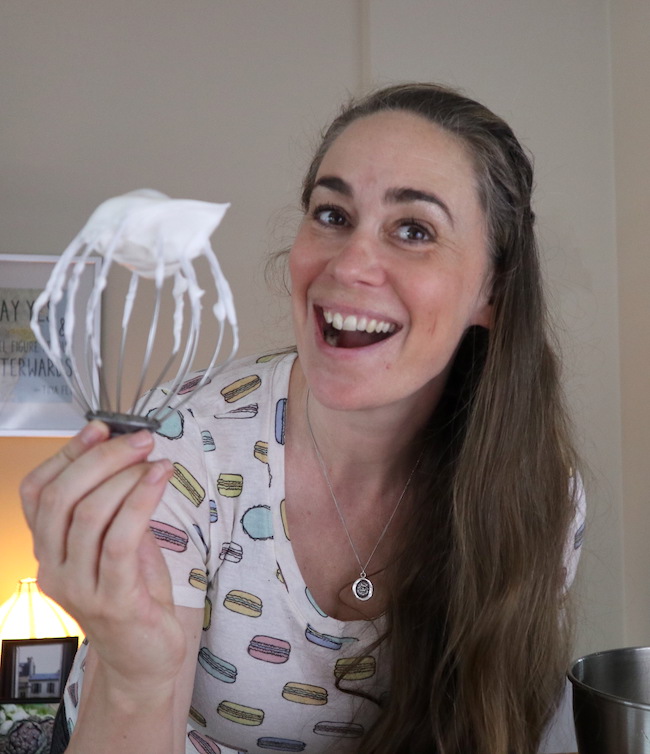 One of the questions I get asked a lot, as an aquafaba expert (should I even be bragging about that?!?) is, can you make a sugar free aquafaba?

The answer is, of course, yes. However, it depends on a few factors.

If you’re using the aquafaba as an egg replacer in say, a cake, you’ll most likely use it straight up (ie unwhipped) or whipped, but without sugar. When I make waffles, for example, I whip the aquafaba, but I don’t add sugar to it, because there’s sugar already in the recipe. Some recipes, I just add it straight to the batter.

The challenge comes when you’re using aquafaba for meringue. Aquafaba is much less stable that egg whites are. The protein structures aren’t as strong, so that’s why sometimes it deflates, or doesn’t even make a meringue at all.

Even more so than when you’re using egg whites, aquafaba needs a little assist. I primarily use cream of tartar, though if extra support is required, I bring in the xanthan gum.

Sugar also helps to stabilize the meringue. I’ve experimented with different types of sugars, and some work better than others. You can see those results here.

So, to answer the question, yes, you can make aquafaba without sugar, but if you’re making a meringue out of it (mousse, pie topping, or making macarons or pavlova), you’ll want to add some sugar to stabilize it.

For those of you trying to kick the evil sugar habit (and good for you, you’re a better person than I), there are loads of sugar substitutes. My own personal favourite is monkfruit, but in my experiments, it did not react well with the aquafaba.

Stevia works, most certainly. But I am not the biggest stevia fan. I’ve tried many times, but I can’t get past the metallic aftertaste. Hey, maybe my taste buds are just super sensitive, but as a recipe developer, that’s not a terrible thing!

The sugar substitute that’s worked best for me is xylitol. Unlike stevia and monkfruit, which are plant-based sugar substitutes, xylitol is a sugar alcohol. It comes from, weirdly enough, the bark of birch trees. It only rates as a 7 on the GI, whereas regular sugar is somewhere around 60.

I like that you don’t have to do any math with it. It works in equal ratio to sugar, so when you’re substituting Xylitol for sugar, you just use exactly the same amount. This is one of the other things I do not like about stevia–I can never seem to figure out what the exact right amount to use is.

So there you go! Sugar free aquafaba meringue is incredibly accessible. 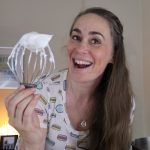 What Kinds of Sugars Work with Aquafaba Meringue? 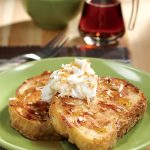 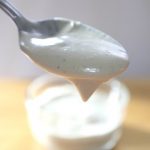