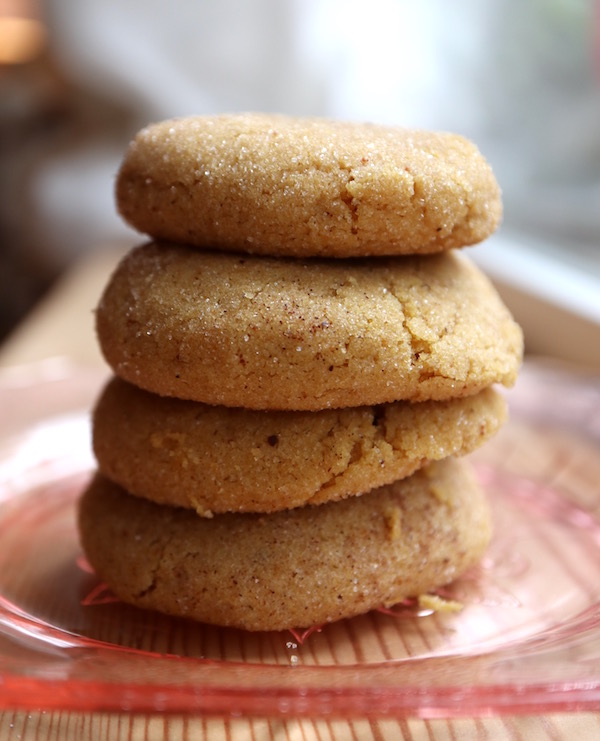 Starbucks released their Pumpkin Spiced Lattes a full half-month earlier than usual, and yesterday I was in the liquor store and discovered a host of pumpkin-spiced liquors.

Yup, seems like everything is coming up pumpkin spiced these days.

But here’s the thing: I really love this flavour combo, especially this time of the year. I also recently bought a big can of pumpkin puree, and I’m frantically baking all the pumpkin things to use it up before it goes bad.

I just can’t help it, guys, this time of the year I am craving pumpkin, squash, apples, and all the warming spices that go so well with them: cinnamon, ginger, cloves, cardamom, and nutmeg.

I’m actually not a huge fan of the Starbucks PSL. They’re too sweet for my taste, I really can only handle one a year, and then I’m good.

But I’ll pumpkin spice the sh!t out of any baked good, and I dare you to stop me.

Case in point: these pumpkin snickerdoodles.

This recipe is a riff on the one you’ll find in my cookbook. 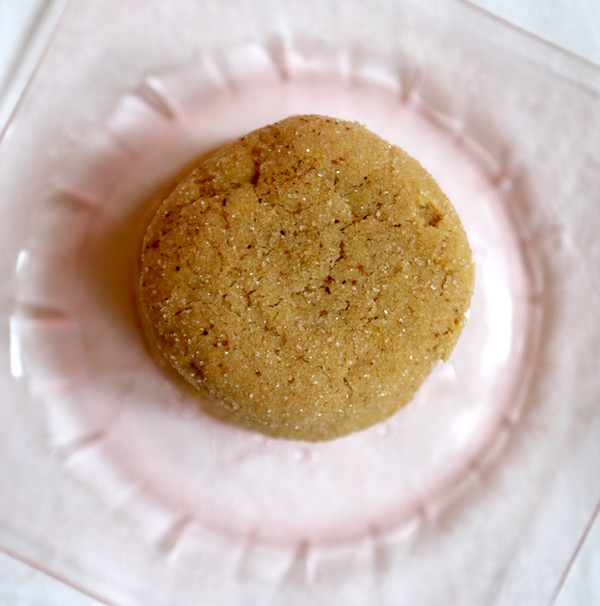 For me, the snickerdoodle is a cookie that reminds me of childhood and happy times growing up. My mom made these for us. A lot. I think I was under the impression that they were much more complicated than they actually were, until I started making them myself.

Turns out, they’re really simple, but they have this really pleasing dual texture: crispy and crackly on the outside, soft and chewy on the inside. The perfect combo.

What helps to make them crispy on the outside is their cinnamon-sugar roll prior to going into the oven. Here, I added pumpkin puree to the mix, and bumped up the spice mixture to include all those pumpkin spices we’ve grown to know and love, et voila! Pumpkin Snickerdoodles! 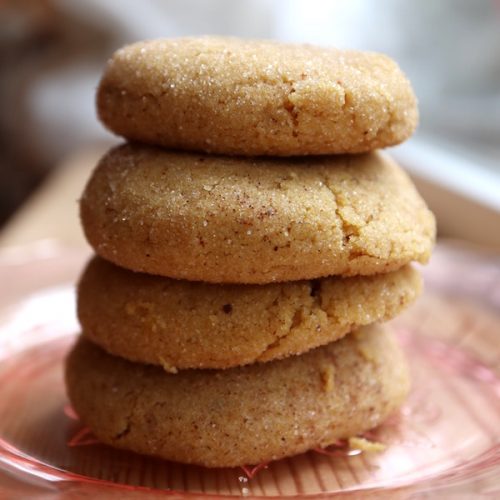