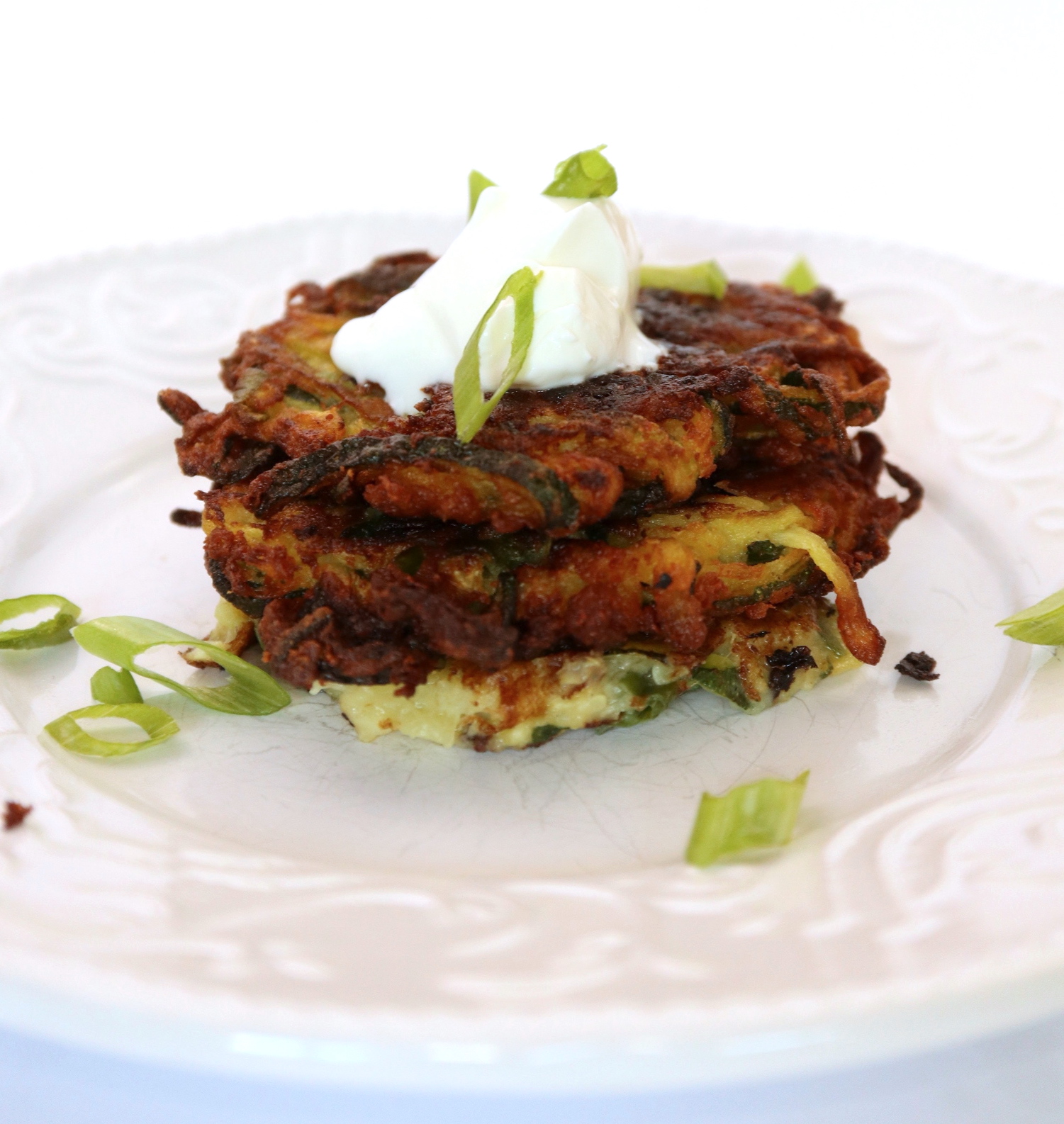 Three years ago when I was writing my cookbook, I discovered the joys of chickpea flour.

My cookbook, as you probably already know, is dedicated to Aquafaba, that weird goop that you drain off of a can of beans that acts as an astonishing egg white substitute.

As it turns out, the mighty, mighty chickpea has more tricks up its sleeve.

Chickpea flour, or besan, is made from dried and ground up chickpeas, and boy, is it great! If you enjoy South Asian cooking and you’ve ever had a pakora, you’ll know what I’m talking about.

Chickpea flour is also a key ingredient in making Socca, a kind of gluten-free flatbread that’s quite tasty and is served in a few different cultures’ offerings, including Spain.

There’s a recipe in my book for a vegan version of a latke. Despite having a pretty Jewish-sounding last name, I am not Jewish, but I do really enjoy Jewish foods. Whenever I make latkes (usually around Hanukkah, because why not?), Michael always does the happy dance. 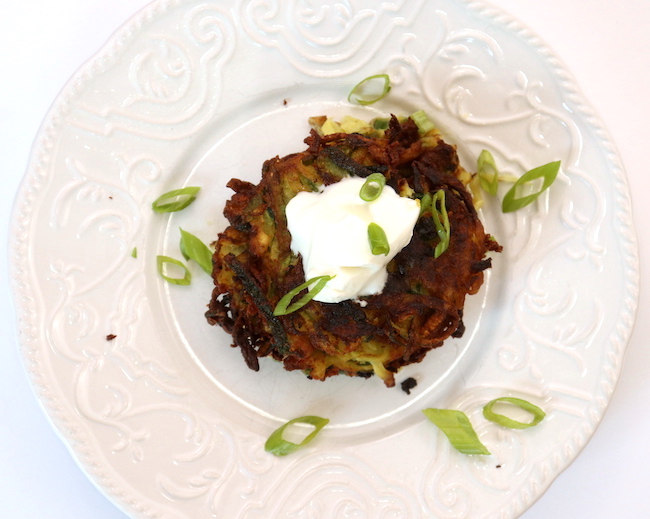 This zucchini fritters recipe is a vegan, gluten-free version of a latke, only using zucchini as the base, rather than potatoes, carrots, and/or sweet potatoes, which make a slightly starchier version.

It’s the time of the year when most people are overflowing with zucchini, and zucchini fritters are a great way to use up your zucchini bounty.

I was reminded of this recipe recently when I was visiting my friend Peggy on Gabriola. This version is simpler than my cookbook version, basically just 3 ingredients: zucchini, chickpea flour and water. But it makes the most perfect fritter: the zucchini goes all lovely and creamy on the inside, while the outside is crispy and textured.

You can season this up any way you like. Salt and pepper, obviously. I like a little onion in mine. Other than that; whatever turns you on. Indian spices like cumin or cardamom would be great, or you can go Eastern European with a dash of smoked paprika. Za’atar?? That would rock these. Play around and see what makes your tastebuds sing. 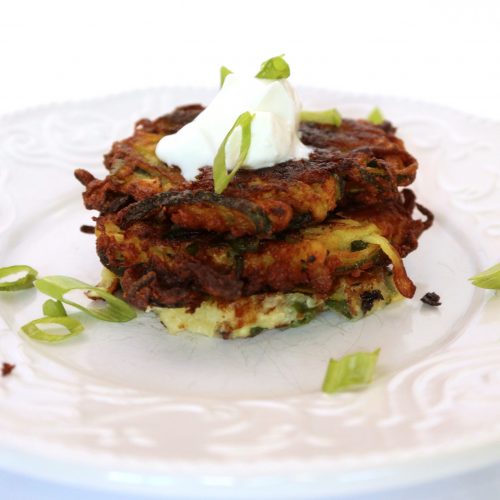 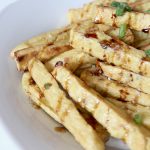 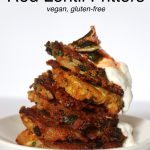