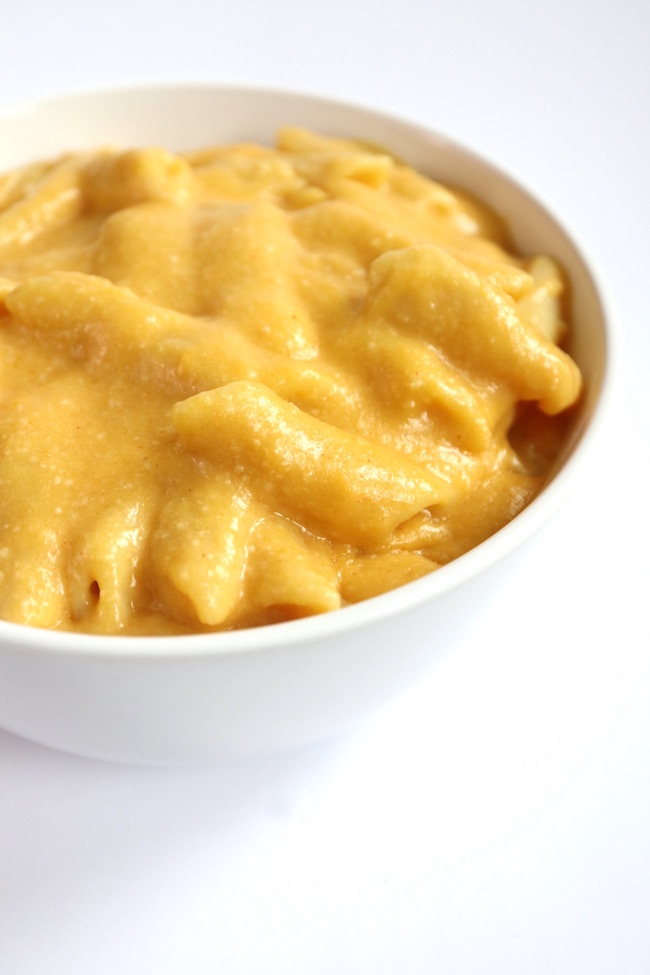 Now, not to sound like I’m totally fawning, but like many of you, I really love my Instant Pot. I got one at Christmas, and I have yet to put it away. It lives on my counter, and I use it a few times a week. It’s especially revolutionized how I cook beans–40 minutes, no soaking and done! It’s kind of amazing.

I started making Mac and Cheese in the Instant Pot a few months ago. The non-vegan kind goes like this:

For real, it basically takes the same amount of time that it would take me to make a boxed mac and cheese, yet it’s homemade and soooo much better.

To make a Vegan Instant Pot Mac and Cheese, you could use a similar process, but just swap out the cheese, milk and butter for vegan versions, but I decided to take it one step further.

In my cookbook, Aquafabulous!: 100+ Egg-Free Vegan Recipes Using Aquafaba, there’s a recipe for vegan mac and cheese. Basically, you make a “cheese” sauce, cook the pasta, then combine the two. This recipe is a take on that one. 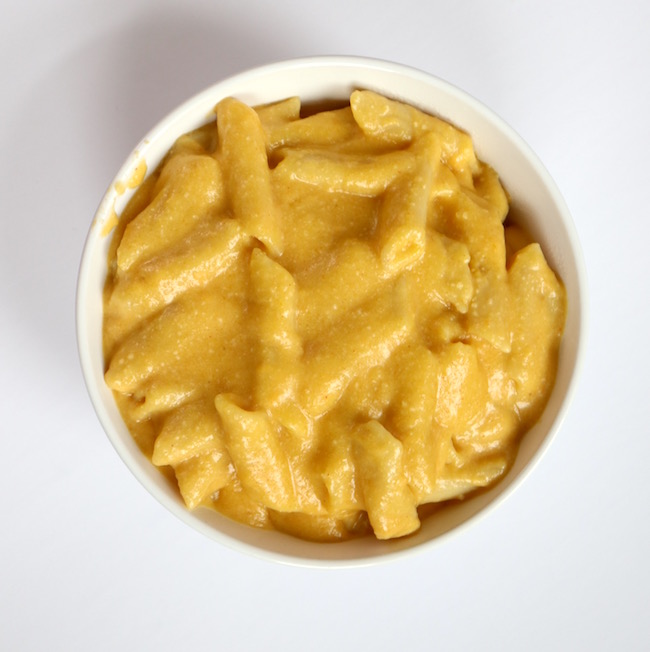 The base of the sauce is carrots (sounds weird, but the colour is perfect, plus hidden veggies–WIN) and cashews, with some non-dairy milk and, of course, nooch for flavour. Is there anything nutritional yeast cannot do?

In the cookbook version, you make the sauce on the stovetop, and cook the pasta in a separate pot. You could do that here, as well, but why? If you can double up and cook both at once, you’ll save time. You do, however, need a small pan that will fit inside your IP, so if you don’t have that, just cook the sauce elements first, remove, and then cook the pasta.

The cheesiness of this Vegan Instant Pot Mac and Cheese comes from the fact that it has double cheese–the creamy, cheesy sauce, and shredded non dairy cheese. Because why have one when you can have both, amIright? 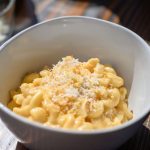 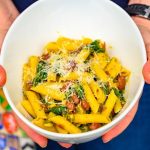 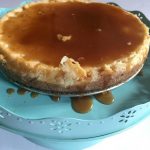