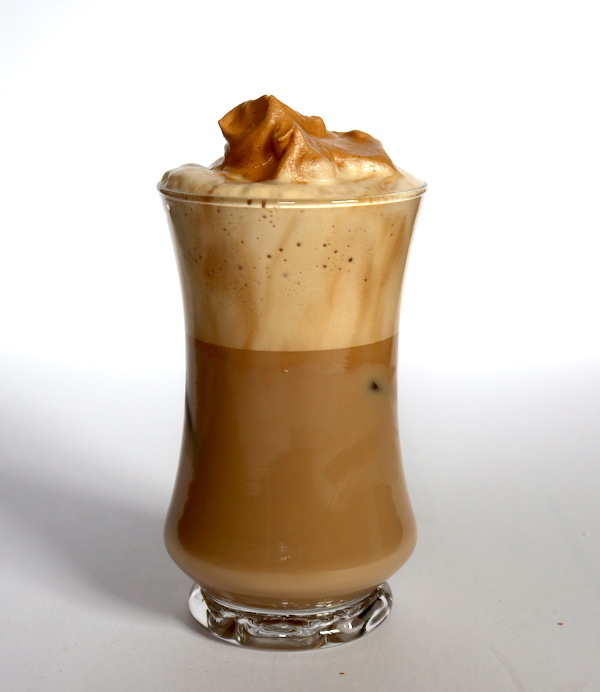 Okay, I’m kind of embarrassed about this one. But stick with me, there’s a good explanation!

So, I am not the type to jump on a bandwagon. In fact, I often avoid them. If something is a “trend,” I’m usually doing my best to not be a part of it.

But I jumped on this particular bandwagon. It took me a while. I saw this video last week on TikTok about “Cloud Coffee.” It’s also going by the name of “Dalgona Coffee.” According to Wikipedia, it had its origins in India, before travelling to Korea. I had something very similar in Greece 10 years ago.

The idea is this: you take equal proportions of instant coffee, sugar and hot water. Place them together in a bowl and then whip them. You could do this by hand with a wire whisk (but if you have a hand mixer or a stand mixer, use that unless you need the workout). After a while, it makes this fluffy, cloud-like mousse. You then use it to top either hot steamed milk for a kind of cappuccino experience, or you dollop it on top of ice and cold milk for the frappe-experience. Use a plant-based milk, and the whole thing is vegan.

First of all, I need to state publicly, and for the record: I am a coffee snob. I have never drank, nor would I ever drink, instant coffee. I have none in my house for obvious reasons. Gross. Just gross. 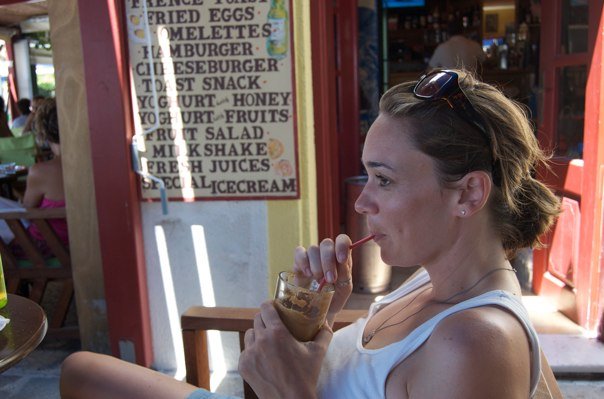 So in order for me to jump on this trend, I first needed to source some instant coffee, which is challenging, because in case you hadn’t noticed, it’s a pandemic and we’re not supposed to leave our houses. Plus, I’m not spending $7 on a thing of instant coffee that I will likely just toss. So I managed to get some from a neighbour (win!) and I made some.

It’s cool. I gotta say. The way it froths up and makes a mousse is kinda neat. But it’s pretty sweet, and honestly, it still tastes like instant coffee, which I just can’t get past.

BUT! I think it could be really useful as an ingredient in vegan desserts–I’m anxious to try combining it with aquafaba, and making parfaits? perhaps? Ice cream with oat milk… there are a lot of possibilities.

This cloud coffee movement has also opened up some interesting options with tea, which I am currently research and will get back to you about later.

How about you? Have you jumped on the Cloud Coffee/ Dalgona Coffee bandwagon? Comment below!