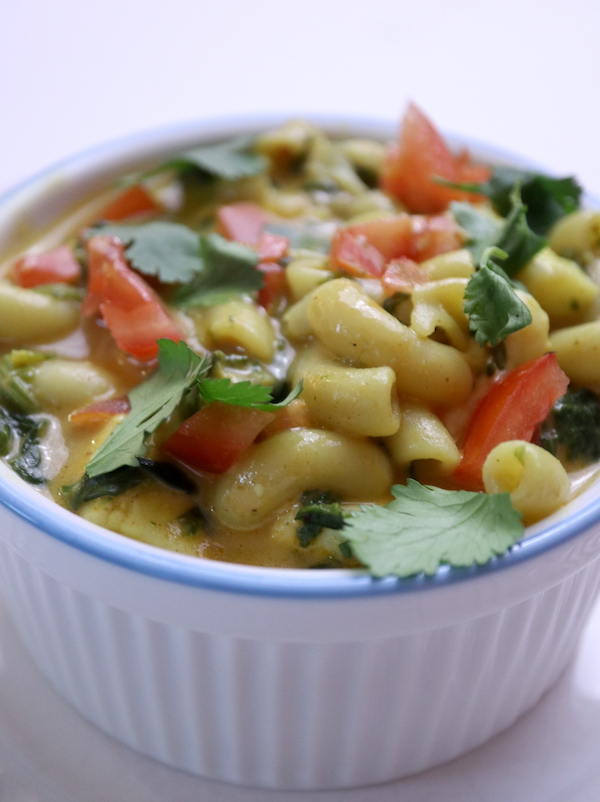 Comfort food, thy name is noodles.

Here in Vancouver, the forecast is nothing but clouds with raindrops for the next 7 days. It just doesn’t stop. When it’s deluging enough so that your thoughts turn to building an ark, it’s time for noodles.

It’s always been amusing to me that noodles are universal comfort food. The Jewish have Kugel, the Germans have Spezle, the Italians have pasta, and Asia has ramen, udon, pho…

When it rains like this, I want two things: warmth, carbs, and spice. I often crave Laksa, ramen or Tom Yum Soup. 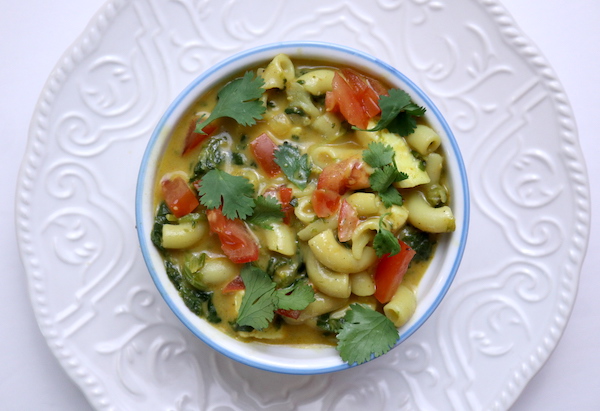 I recently had this amazing dish called Bombay Mac and Cheese at this local Vancouver place called The Noodlebox. It was recommended to me, and I have to say, as soon as I tried it, I became obsessed with reverse-engineering the recipe.

The idea is that it’s basically what you would expect mac and cheese to taste like if you ordered it in India. Now, I’m pretty sure mac and cheese doesn’t really exist in India, so this is definitely a fusion (kind of like butter chicken pizza).

Instead of cheese, this recipe uses chunks of paneer, and coconut milk instead of the butter-milk-flour roux. It also comes with a wollop of Indian spices: turmeric, cumin, coriander, ginger, chilli, and garam masala. 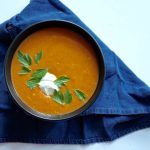 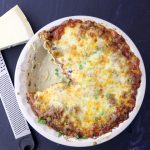